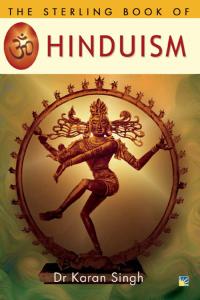 The Sterling Book of: HINDUISM

Hinduism is the oldest and most varied of all the great religions of the world. It has evolved out of the collective wisdom and inspiration of great seers and sages from the very dawn of India civilisation.

This book traces the basic tenets of Hinduism in a nutshell. It also provides brief life-sketches of the eminent exponents of the religion and analyses the impact of the religion in the context of modern day living.

Born heir apparent (Yuvaraj) to Maharaja Hari Singh and Maharani Tara Devi of Jammu and Kashmir, Dr Karan Singh was catapulted into political life at the early age of eighteen when, in 1949, he was appointed Regent by his father on the intervention of Prime Minister Jawaharlal Nehru. Thereafter, he was head of the Indian state of Jammu and Kashmir for the next eighteen years as Regent, elected Sadar-i-Riyasat and lastly as Governor.

He joined the Union Cabinet at the age of thirty-six and soon thereafter was elected to the Lok Sabha. He is now a member of the Rajya Sabha (the Upper House of Parliament) from Delhi.

Having lectured extensively abroad on philosophy and culture, politics and environment, and represented India at many important international conferences, Dr Karan Singh has a number of publications to his credit, namely, Contemporary Essays, India and the World, Prophet of Indian Nationalism, Hinduism: The Eternal Religion, etc.