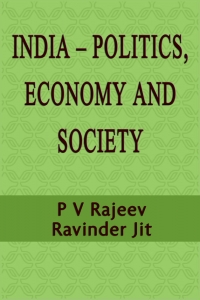 The book deals with the political, economic and social conditions in India today in the context of the approaching General Elections in 2014. On the political side there is a discussion on the deteriorating political climate in the country where frequent boycott of Parliament, corruption and unhealthy political discourse by the leaders is vitiating the atmosphere. With the opinion polls indicating a hung Parliament chances are bright of a Third Front Government coming to power with the possible outside support of the Congress Party.

The current developments in the Indian economy are discussed from the point of view of the debate on subsidies, twin deficits, increase in petroleum prices and so on. Issues concerning the agriculture sector like food security, introduction of food coupons and direct cash transfers in PDS are also discussed. The problem of energy demand seen from a global perspective also comes for discussion. Issues concerning the telecom industry and the mobile revolution also form part of the discussion.

Several chapters of the book are also devoted to a discussion of social issues including problems of women, stress as a psychological problem and the relevance of Emotional Intelligence as compared to General Intelligence. 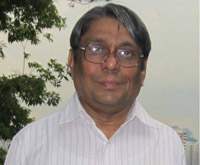 P V Rajeev (born in 1954) is a retired Economic Adviser to the Government of India. He served as economist in Government of India for about 32 years. He has written 16 books and over 100 articles dealing with social, economic, political, educational and international issues. 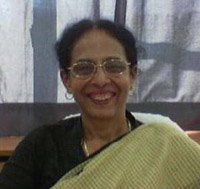 Ravinder Jit (born in 1953) is a Professor of Human Resource Management at a leading Management Institute in Delhi. Earlier she worked as Lecturer in Psychology at Vaish College, Bhiwani (Haryana) for over 28 years. She has written extensively on social and psychological issues and on problems concerning women.