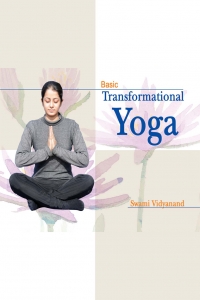 Transformational Yoga emphasises that every individual has the capacity to experience pure consciousness by practising certain yogic postures and techniques that can purify the impurities lying within the life energy centres of the body, awaken and activate them for spiritual uplift and allow the body to strengthen itself from the energy thus released. This book projects such transformational yogic asanas and have been carefully selected only for beginners.

Arranged sequentially along with coloured photographs, these asanas, carry short descriptions on the method to be followed, lay out the benefits to be obtained by practising them, provides short and illustrated explanations on chakras, yogic bodies and prana, and discusses the use of mantras and pranayama in releasing stress. This easy-to-follow book on yoga will appeal its readers for its lucid text, simplistic and practical approach and aesthetic presentation. 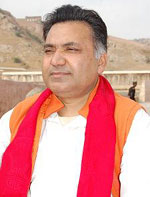 Sri Swami Vidyanand is a renowned yoga master and the founder of Transformational Yoga, a new yogic system that synthesizes techniques of hatha, white tantra, raja, mantra, astanga and kundalini yoga to bring about rapid transformation in practitioners. His signature system is inspired by the Integral Yoga of Sri Aurobindo and The Mother and was developed when he taught yoga for more than a decade at the Sri Aurobindo Ashram, Delhi Branch.

Swami Vidyanand mastered yoga in the traditional Indian yogic way, through apprenticeships under enlightened yoga masters in India and anonymous ascetics in the Himalayas. Hailing from a long line of renowned Bhakti yogis, he was born into the deeply spiritual environment of Datiya, an area in Madhya Pradesh, India, recognized as being one of the 17 sacred centres of tantra in India . His first guru was his father, Sri Harihar Goswami, a highly respected devotional yogi and founder of the Yoga Mandir of Datiya.

Swami Vidyanand's techniques are well recognized in India, evident from the respect he has received from cultural bodies such as the prestigious Bharat Nirman, an organization that recognizes individual efforts to promote ancient Indian wisdom, systems and practices. Among the awards and titles he has received are the Bhaskar Award, the highest award conferred by Bharat Nirman. He is also an Honorary Member of the Vishwa Yoga Samsad (World Yoga Council) of the International Yoga Federation, the world governing body of yoga that provides standards and recognition for yoga professionals internationally.