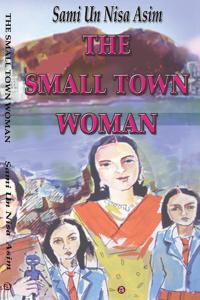 You are a child of the universe
No less than the trees and the stars;
You have a right to be here
And whether or not it is clear to you
No doubt the universe is
Unfolding as it should— Max Ehrmann

The universe of The Girl's Academy at Swapnviram to which they belonged was a large expanse of grass, trees and aging buildings. The place had once belonged to royalty. Kiran, Lalita, Bhanumati, Binnie, Ruby, Poornima and Dimple now belonged to it.

It was theirs, like the very air that they breathed in. It was in the tears they wept. It was in the silent anguish that they each held within themselves. It was there as the lines permeated Kiran's forehead that evening as she made her way back to her hostel.

The monstrous universe was there in the glittering dewy peacocks that roamed the morning lanes. It was there in the trees, and it was there in the colourful parakeets in Ms. Lalita's cage. Ms. Lalita had kept a cage full of these coloured birds. However an evil fate seemed to preside over her birds in the form of the cat that hovered about in the night.

The love birds in Supremo's cage had been dying out one by one. The blue, the green, the yellow and the albino fought each other and bled to death. Lalita could not understand why her peace loving birds had suddenly turned violent.

Every morning Bhanumati balancing on her one good foot would clear out the mess, the carcass, and the feathers and wash out the stains of blood. Mutely and quietly she disposed off the dead.

As the dead lay in the grassy rubble under the monstrous shadows of the trees, sounds emerged as if from another world.

Rustle
Rustle
Flap
Flutter
Wag
A blue serpentine neck
Craning above the corpses in great wonder
A haughty peacock
Seduced by the grey clouds overhead
Opening a fan
Of deep, hypnotic and oriental colours
Feathers on display;
Green, indigo, black — -
Flaunting,
Wielding,
Brandishing
And flourishing a fan
An undulating expanse of exotic rainbow colours
Winking off the dull cloudy light.
The feet in perfect rhythm,
Stepping one step back,
One forth,
Wings beating,
Body pulsating,
Fan throbbing
— - passing a general glance over the decaying land
It was evening long and quiet
A peacock's guttural voice
Lamented the loneliness,
The death
And the absence of rain,
in Bhanumati's land.

Read on this amazing saga of suspense and intrigue unraveled in The Girl's Academy at Swapnviram...