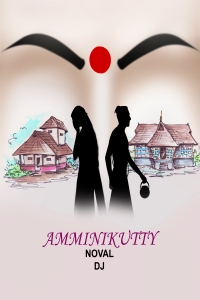 This story is based on a real life incident and hence not painted with flowery words. The unfortunate heroine of the story, Amminikkutty, lost her right to lead a peaceful life due to the forceful intervention of the supposed to be bigwigs and the so called society norms fixed by a male dominated society. Amminikkutty who had shouldered all sorts of hardships remain as a symbol of lost love and never ending sorrows

About the author (2014)
The second imprint of this novel first published by D.J. Publications during 2013 has been released during July 2014.
The novel has been translated by Mrs. Sriletha Pillai, an electrical engineer from College of Engineering Thiruvananathapuram, Kerala, for whom world of letters is a passion next to Engineering
Forward
Blessed are those, who are born as women. Is there any woman who would agree to this statement? No chance, because a woman doesn’t realise herself. She doesn’t try to perceive the spiritual power lying dormant within herself. Instead, she misconstrues materialism to be the real ways of life and hence spends her time fully immersed in materialistic pleasures, turning over and over, only the outer covers of the book called life. What she has to face and put up with, is a series of catastrophes. The heroine of this novel, Amminikkutty, was from a more or less good background, was kind hearted with pleasing manners and appearance. But it was the lack of one thing, God’s favour and protection, which destroyed her life. Or was God purifying her by bestowing upon her, a life of continued misery to compensate the tribulations of her previous births? The readers can find solace only if they tune to such a line of thinking.
The story of Amminikkutty is the balance sheet of innumerable insults and unbelievable miseries which the women suffer in this society. The real face of a bigwig of society, who put on the outer mask of civility, is exposed in this novel. The sister in law who doesn’t like to sacrifice her free, easy going ways of life at her mother’s house even after getting married, together with her flirting husband make the heroine’s life miserable still.
But still, she doesn’t give in. She spends her life without troubling anybody, by ruminating in the sweet memories of the happy but short lived days of her past and dreaming of rejoining with her love.
The novelist, who was able to witness a life from near, narrates the story in an innate simple way, without putting in decorative tassels and fringes. But why?
Simply to see that at least little pathos are still remnant in human hearts from where kindness and tenderness are fast disappearing,
Simply to ensure and caution ourselves that we are not given to the bad, cruel ways like the personages of this story.
Simply to shed a drop of tear to perform oblation of the manes to the numerous women who still bear the burden of miserable lives and
Simply to pray for them.

Let Miss.Deepa be able to contribute further stories of this genre, which will expose the true lives of women of our society behind their false masks.

“Amminikutty is the contemporary reading of woman lives; A novel, which is a non decorative description of truthful experiences”-Kerala Sahithya Accademy, September 2013 issue

“A novel which centres on its main character Amminikutty. The plot of this novel is the miserable life of its heroine, who always stood for the wellbeing of those in her life.” Mathrubhumi weekly special issue, October 2013.

“The theme of this novel is the fretting and fuming of woman life which gets entangled in the labyrinth of  family intricacies, even in this modern era.” Grihalekshmi magazine, March 2014

“The main character Amminikutty, who has suffered endless hardships all throughout her life, remains as the personification of sufferings”Kumkumam magazine, November 2013 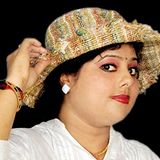 AMMINIKUTTY is D.J's big debut. And her second novel Indhuamthi was one of the best work recent days by women Author .Also most appreciated Novel by readers .She's currently working on her untitled short stories. We can't wait to see what imaginative yarn she weaves next!

D.J has a master's degree in social work service and also having LLB and HRM

Kodungallur based D.J.Publication started in 2013 by Deepa Jayaraj .
Popularly known as D.J.
D.J.Publication published Two Novels through its Publication and works was appreciated by both Media and General public.