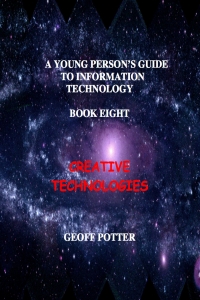 This is the eighth book in a series of ten electronic books designed to educate young children and school-age students about information technologies and the digital world they live in. Who will benefit from this book? This book is most suitable for students in their mid-level and senior school years. It is also very helpful for teachers introducing ICT or integrating it into the curriculum. The book is colorful, creative and contains many challenges and activities designed to help young students understand how digital technologies work and how they may efficiently use them to learn and communicate. All recommended software is Open Source. The book also contains a cumulative Continuous Assessment process which may be of value in some educational environments. At the end of each unit students may describe what they have learned and their parent or teacher may award points for each item covered. There are no tests or examinations in this program. What are the intended uses of this book? 1.This book is designed to support both teachers and students in existing ICT curricula and may be useful in areas such as Science, Language Arts, Mathematics and the Arts. 2.The book supports public and private education systems’ instruction and skills training programs to ensure that young people possess the knowledge and skills to function in a digital society, and ultimately to prepare them for entry into higher education and an increasingly digital and computer-based workforce. 3. Students and parents may use the book for home schooling use in support of study projects and personal skills development.

Module 1: Our Relationship With Technology This module is designed to provide young students an overview of the context within which information technologies have developed and become so powerful. There are two distinct features of this module: examination of the human, historical and social characteristics of information technology and the digital society; and the development within each student of specific ICT skills.

Unit One: A Brief History Of Technology:

Part 1: Before The 20th Century

Unit Three: The Changing Role of the Media

Module 2: Programming with Python. Python is an easy-to-learn programming language frequently used to teach young people basic, creative programming. It is currently popular when used with the new credit card sized computer, Raspberry Pi. In this module the student can learn how to create programs with Python.

Unit One: Raspberry PI and Python

Module 3: Exploring The Visual Basic Programming Language In this module young people can learn specific aspects of Visual Basic programming: function and flow control, both of which are fundamental to components of this language.

Unit One: A Function Preview

Module 4: The Java Programming Language This module introduces the student to the Java programming language, describing how it is designed and what one can do with it.

Module 5: Computer Games Digital games are very popular among young people. In this module students will learn how computer games are designed; the technology of their development, and the social problems playing some games may cause in terms of violence and gender inequities.

Unit One: What are Computer games? 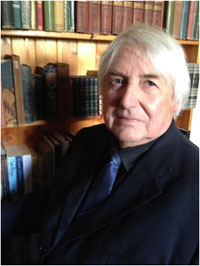 Dr. Geoff Potter is a teacher and professor of education and information technology. He holds several degrees including a PhD from the University of Sheffield in England.

He has broad international experience in designing and developing educational ICT systems and programs in Britain, the USA, Canada, Mexico, China, India, Australia and Southeast Asia.

Possessing an extensive global knowledge of information and computer-based technologies, Dr. Potter is one of the world’s foremost authorities on ICT teaching and instructional programs. His instructional models and systems are in use in universities and schools worldwide.

The focus of Dr. Potter’s research and educational practice is the education and training of young people to function competently in increasingly digital and information-base environments. He has worked extensively in technical and program design, distance education and the on-line delivery of courseware.

Efficiency in the use of computers and associated technologies is becoming essential for young peoples’ success in both education and the workplace. To address this global development, Dr. Potter has recently created a comprehensive series of books designed to educate young people in technological literacy. The ten e-books comprise a systematic educational program leading towards mastery of the competencies required by young people to enter university, college specialized training programs or the digital workplace.