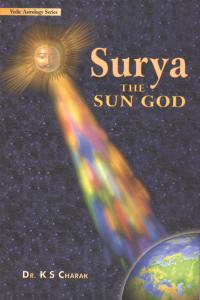 The Sun has been worshipped in India as Surya, the Sun-god, since the Vedic times. The ancient Indians had a profound understanding of the celestial phenomena and their deep insight into these made them look at these phenomena with reverence. They understood the design of the cosmos and saw an underlying unity as the essence of an apparent diversity. The manner in which the Indian scholars of the eras gone by have described the deep scientific truths in devotional scriptures speaks volumes about not only their profound knowledge but also of their deep humility and benevolence of attitude.

Surya the Sun God has been prepared with an aim to highlight the various dimensions of the Sun-god. The book has been divided into five sections. The first section emphasises on the eternal nature of the Sun, and a deep link between the cosmic Sun and the Sun-element or the soul within the individual. We have tried to explain the various points with the help of the modern scientific concepts. The role of free-will as well as destiny in the life of an individual has also been briefly touched upon.

The second section draws upon information about the Sun in our most popular scriptures, the Puranas. The division of time, the origin of the Sun-god and several interesting stories from the Puranas form the body of this section. An interesting features of these stories is that they all have deep meaning and explain in a subtle manner the various characteristics of the Sun. This information can be used in predictive astrology. A very important hymn to please the Sun-god has been incorporated here from a story in the Mahabharata.

In the third section which deals with the role of the Sun in astrology, information has been collected from standard astrological texts. Several examples in the form of horoscopic charts have been given here to explain the various subtle points.

The Sun has been of great importance to the practitioner of both the Hatha-yoga and the Raja-yoga. The fourth section deals with the Sun as relevant to yoga. We have briefly described the Manipura Chakra, or the Chakra of the Sun, and its role in awakening the somnolent spiritual power called Kundalini lying at the base of the spine. The yogic exercise called Surya Namaskaara, a physical-mental-spiritual exercise, has been described in some detail.

The book concludes with the fifth section containing one of the most effective hymns to propitiate the Sun-god, known as the Aaditya-Hridaya Stotram, taken from the Vaalmiki Raamaayana.