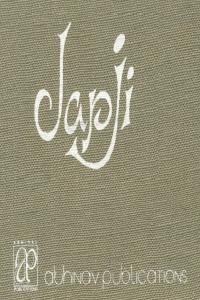 The Sikh religion as enunciated in the scriptures is a wholesome mixture of Muslim doctrines and Hindu mystic philosophy. It inculcates belief in the unity of God and equates God with truth. The preamble to the morning prayer, Japji, is recited as an introduction to a religious ceremonial and is known as the "Mool Mantra"—the basic belief.

JAPJI—the morning prayer—is a composition of Guru Nanak and is the first chapter of the Guru Granth Sahib, the Sikh scripture. It was apparently not all written at one time and the length of its verses, their metre and thought content frequently varies. The verses are in the nature of meditations, dealing with the fundamentals of the Sikh faith, namely, the conception of God, the place of the religious preceptor, the

importance of prayer, a belief in the triumph of right over wrong, of transmigration, life hereafter and salvation. Unlike the rest of the Granth Sahib, it has not been set to music and is never sung. The language of Japji is the Punjabi of the fifteenth century and is extremely difficult to translate. My translation is largely based on the commentaries of Bhai Vir Singh. KHUSHWANT SINGH 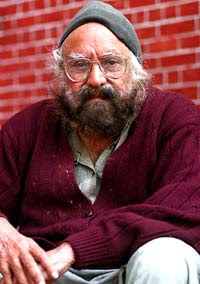 Khushwant Singh, one of the best -known Indian writers of all times, was born in 1915 in Hadali (now in Pakistan). He was educated at the Government College, Lahore and at King's College, Cambridge University, and the Inner Temple in London. He practiced law at the Lahore High Court for several years before joining the Indian Ministry of External Affairs in 1947. He began a distinguished career as a journalist with the All India Radio in 1951. Since then he has been founder-editor of Yojana (1951-1953), editor of the Illustrated weekly of India (1979-1980), chief editor of New Delhi (1979-1980), and editor of the Hindustan times (1980-1983). His Saturday column "With Malice Towards One and All" in the Hindustan times is by far one of the most popular columns of the day.

Khushwant Singh's name is bound to go down in Indian literary history as one of the finest historians and novelists, a forthright political commentator, and an outstanding observer and social critic. In July 2000, he was conferred the "Honest Man of the Year Award" by the Sulabh International Social Service Organization for his courage and honesty in his "brilliant incisive writing." At the award ceremony, the chief minister of Andhra Pradesh described him as a "humourous writer and incorrigible believer in human goodness with a devil-may-care attitude and a courageous mind." The Indian external affairs minister said that the secret of Khushwant Singh's success lay in his learning and discipline behind the "veneer of superficiality."

Among the several works he published are a classic two-volume history of the Sikhs, several novels (the best known of which are Delhi, Train to Pakistan, and The company of women), and a number of translations and non-fiction books on Delhi, nature and current affairs. The Library of Congress has ninety-nine works on and by Khushwant Singh.